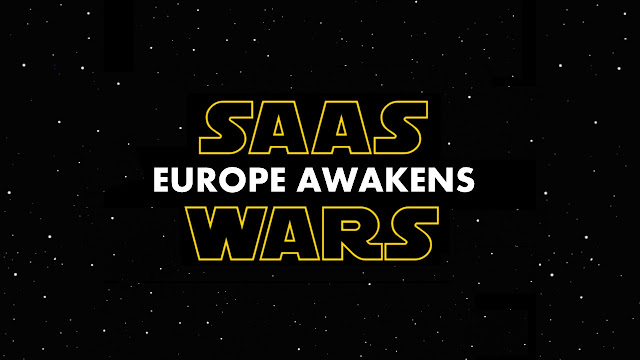 Accel Euroscape: The 100 most promising Software-as-a- Service companies in Europe and Israel

-This article was co-authored with my colleague Pia d'Iribarne and published initially on Tech.eu. Findings were presented at SaaStock 2016 and you can see the slides here-

When I was in Silicon Valley, I spent most of my time investing in SaaS companies. When I moved back to Europe in 2011, I had to reduce my activity significantly in this area, as there was not enough going on. Five years later, the picture has changed drastically: five of Accel’s 10 most recent investments in Europe have been SaaS companies. SaaS in Europe is exploding in terms of both quantity and quality. Our analysis estimates that the number of SaaS companies created has grown 4x between 2007-09 and 2013-15, and the amount raised by European SaaS companies has more than doubled.

As it takes around 10 years for a SaaS company to reach maturity, the explosion we are seeing at the early stage has not yet translated into a significant number of exits. To date, there have been only four major European SaaS exits (all IPOs), including QlikTech in 2010, Wix in 2013, Zendesk in 2014 and Mimecast in 2015. The combined market cap of these companies today is around $9B. By comparison, the US has seen around 60 SaaS IPOs with a combined market cap of close to $140B ($50B of this is Salesforce).

To better understand the new generation of SaaS companies, we took a systematic look at more than 1,000 SaaS startups across 12 countries to create the “Accel EuroScape” – a list of the top 100 most promising SaaS companies in Europe and Israel:

Note: to create the list, we ranked each company by a set of criteria including market attractiveness, level of technology differentiation, strength of the team and initial traction (monthly recurring revenues and growth in number of employees). Nothing is perfect, and we might have missed some great companies, so please send us any additional companies to saas@accel.com

These 100 companies have raised a combined $2.5B and 85% of the $900M that went into European SaaS companies in 2015 alone. Twenty-eight of them have raised more than $30 million in total, while Trustpilot, Intercom, NewVoiceMedia and Zerto have raised above $100M. This concentration of capital in a limited number of champions will hopefully pave the way for a good number of IPOs in the coming years.

From a geographic standpoint, the top three regions for SaaS companies are the UK, France and Israel, with around 20 logos each in our top 100. Perhaps surprisingly, despite all the hype, Germany only has eight companies on the list. Across the rest of Europe, SaaS is still very fragmented, but every single country, big or small, has the potential to generate a champion. Take Denmark, where the passion of Peter Holten Mühlmann has made Trustpilot the online standard for customer experiences.

When these 100 companies are compared to a similar list of 300 US SaaS companies, a few trends emerge:

Taking a step back from the categories on this map, two main types of European and Israeli SaaS champions emerge.

The first is the B2B global platform play, such as Algolia, the search-as-a-service API Nicolas Dessaigne and Julien Lemoine have built out of Paris. Like other technology infrastructure businesses, search is a truly global opportunity, and these companies need to bring their fight to the US early, as its size makes it the most strategic market. For example, half of Algolia’s initial customers where from the US. While breaking into the US can be a challenge, Europe has the engineering talent to build world-class companies. Take Intercom as an example; the combined design and technology skills of Des Traynor and Ciaran Lee have allowed it to shine in the very competitive field of customer communication.

The second type of company is the local SaaS champion with a solution connecting businesses to consumers. The consumer marketplace creates a winner-takes-all dynamic, which opens the door to grabbing massive market share. For example, two software companies are emerging in Europe for doctor booking management, Doctolib and DocPlanner.

Looking back at the growth of SaaS ecosystem in Europe over the past five years, I am very excited about what will happen in the next five. A number of companies in our EuroScape have the breakout potential to be tomorrow’s global leaders and put Europe firmly on the Global SaaS map.

But, the story does not stop there. If SaaS is eating software, Artificial Intelligence is starting to eat SaaS. It’s early days, but legacy SaaS applications will be disrupted by a new generation integrating Artificial Intelligence and machine learning technologies. A good example is Shift Technology, which is applying AI to fraud detection in insurance. Founder Jeremy Jawish gave me a striking example of the power of its AI engine: would you think that someone filing a claim for a car accident the day after subscribing to a policy is a fraudster? In most cases this would be true, but not if the driver just got their license. No insurance claim investigator could figure this out, but Shift’s AI engine did.

Posted by Philippe Botteri at 8:02 AM