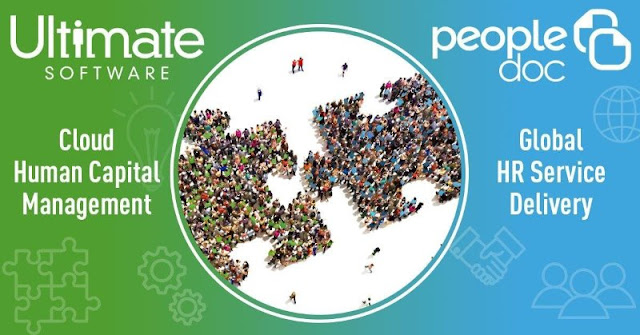 On July 17, Ultimate Software, a $10B HR software gorilla, announced the acquisition of Peopledoc for $300m - the largest software exit in France since the acquisition of Neolane by Adobe in 2013. Hats off to Jon Benhamou and Clement Buyse, the two founders, and to the wider Peopledoc team for this achievement!


Sometimes companies get to the point of acquisition in a straight line; most of the time, however, they don’t. It’s only the perseverance, grit and vision of the founders that makes it possible. Peopledoc is a great example, and the success of the company is deeply entrenched in the driving force of the founding team, who reinvented the business a couple of times to get to where they are today. This took foresight, courage, creativity and a lot of hard work. Let’s jump back to 2007 to see where it all began…
In a dark dorm room on the HEC (the French HBS) campus, Jon and Clement were scratching their heads in search of the business idea to present for their entrepreneurship major. They were lucky to have Pierre Kosciusko-Morizet, founder of PriceMinister, and Jean-David Chamboredon, founder of ISAI, as their mentors. The four of them hatched their first idea: creating an online document management system for utility e-bills, which were starting to take off in France. When John and Clement graduated a few months later, and with the angel funding of Pierre and other friends, they started their first company, Novapost. Unfortunately, the level of adoption was not quite what it needed to be and in 2010, the team realised that a new strategy was needed. Given how hard it was to digitize paper for consumers, they decided to focus on the enterprise market.
A few brainstorming sessions later, and a new strategy was born. Jon and Clement decided to leverage their online document management platform to digitize payslips, reinventing the company for the first time. In France, the law mandates that companies provide employees with access to their payslips (as proof for retirement benefits) for 50 years, and this requires a layer of security and compliance that legacy document management companies didn’t provide.

In June 2010, Jon and Clement relaunched the company as a new HR SaaS business with a €1.3m Series A investment from Alven and Kernel (Pierre’s investment fund). In October 2012, as the business started to take off, I received an email from Pierre: “The company is killing it, not raising for now but it’s worth you meeting with the CEO.”

Lunch was set, and it was a great lunch. I loved Jon’s energy and drive and his exceptional ability to inspire people to share his dreams. As we discussed the potential of the market, I suggested him to expand the product platform to address markets beyond France. French payslips were an interesting market, but somewhat limited in size.


Fast forward to spring 2013, and I caught up with Jon, who told me that they were launching a new product: Peopledoc – a full document management platform for HR. A much bigger market. We discussed the opportunity to go global and start by setting up a beachhead in the US. A month later, Jon let me know that the day after our call, he had gone to the US embassy to apply for a visa and was moving to New York in September.
I was impressed by how decisive Jon and Clement had been on such an important decision. So, a few months later, when Jon called, I jumped at the chance to invest, and we closed the $17.5m Series B in May 2014. At the same time, the company rebranded as Peopledoc, understanding that their new product was their biggest asset, for its second reinvention.


When we invested, Peopledoc was at a $3m run rate, with an exciting and challenging journey ahead! The gross margin of the company was sub-40% and needed to reach over 70% to become a “real SaaS” business. During the fundraising process, Jon, Clement and I had several strategy discussions on what it would take to build a massive SaaS HR business:
Shortly after the closing of the round, we brought onboard Mike Dinsdale, the CFO of DocuSign, as an independent board member. From there, the stars continued to align, as we addressed each challenge. Jon and Clement hired several key US execs in sales, marketing and finance, which helped land the first $500k ARR deal with a flagship US financial services firm in 2015. The product mix shifted over time as the company expanded in the US, UK and Germany and finally, the team launched HR case management and digital onboarding. New competitors started to address the market, such as SuccessFactors and ServiceNow, and Gartner recognised the category as “HR Service Delivery”.


And then Ultimate knocked at the door, which gave us a very hard decision to make. More than 10 years had passed since the first late nights in the university dorm. The business model had evolved three times, and the company went from a Paris based start-up to a global HR category leader headquartered in New York. For Jon and Clement, it was a good time to give new wings to the company and write its next chapter.
I feel privileged to have been part of this story and will miss our board meetings. Congrats again Jon and Clement for showing true vision and grit! What an exciting journey.

Posted by Philippe Botteri at 4:51 AM