Has Europe Earned its Place as a Global Tech Leader?

Short interview on the European tech ecosystem and recent exits at the Dublin Web Summit with Caroline Hyde from Bloomberg: 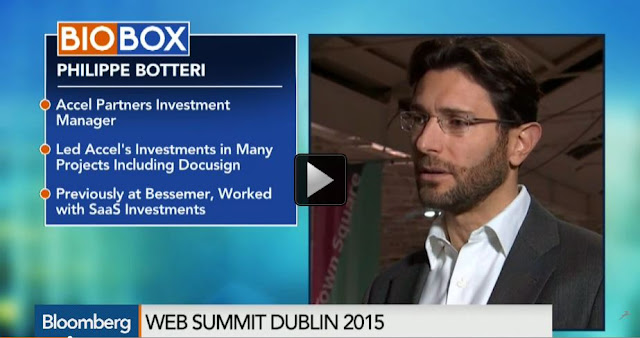 Posted by Philippe Botteri at 11:37 AM No comments: 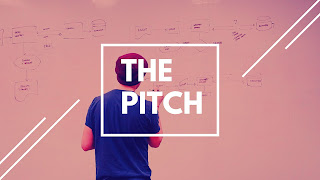 Last month, I attended the SaaS Founder Meetup organized by Point Nine Capital in Berlin. In its fourth year, the event is a great opportunity for SaaS ‘aficionados’ to compare notes, share war stories and learn from each other. For those in SaaS, this event is a must attend in Europe, and as Algolia’s founder Nicolas told me during our board meeting the week before, I better “get my game up because the level of the presentations at the Meetup is high, and I’d better be well prepared!”.

Advice in tow, I focused my keynote on “How to Best Pitch a SaaS Company.” While much has been said ‘how to pitch a VC’ ($1B+ market, competition, differentiation…), I brought a new approach and focus on elements which are outside of the traditional Powerpoint slides. 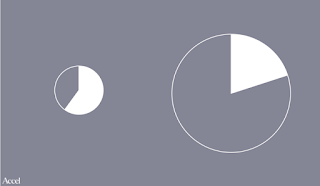 #1 Alignment: It’s crucial that entrepreneurs find an investor whose interest aligns with yours, and supports you in your approach. The reality is that entrepreneurs can be blinded by a pre-conceived notion that a certain investor is right, before having ever talked with anyone from the firm.

One of the element to consider is the size of the fund. When you look at the two pie charts on the right - which white share of the pie is the biggest?

Actually, both are the same size (if my math is correct!). As a founder, there’s no difference in having a small share of big exit or large share of small exit. When narrowing your list of potential investors, consider the size of the firm’s fund. A venture investor typically owns 20% of a company (an amount that will ideally yield a meaningful return for the fund). A $50-100 million exit will return $10-20 million, which is meaningful for a $50 million fund. You’ll need an exit of $500 million-$1 billion to have the same proportional return for a roughly $500 million fund (like Accel in Europe).

Another very important consideration is the geographic footprint of the fund. For most B2B SaaS companies, category leadership often means US leadership. Winning companies find a way to expand to the US as soon as possible, so choose a firm with a global network to support your ambitions to cross the ocean.

#2 Be prepared: When I received my engineering degree, I decided to start in management consulting and began preparing for my interviews. I interviewed with a dozen of firms keeping my three favorites for the end. When I got to interview with these three firms, I had completed more than 35 interviews. This training allowed me to practice and refine my presentation style. It paid off, as I ended up working for McKinsey in Paris and Palo Alto.

Entrepreneurs should apply a similar approach when pitching VCs. You need to understand the questions and refine your slides to run a more impactful meeting. Start with dry runs in front of entrepreneurial friends, peers or people familiar with the industry and get honest feedback.

From there, it’s crucial to understand who you are meeting – not only the fund, but also the investor profile, his/her past investments, hobbies and common connections (people, cities, companies, etc.). We apply the same approach at Accel and work hard to develop a deep expertise in the areas we focus on: one of our moto is “Chance favors the prepared mind.”

#3 Ask for Advice (not money). If you ask a VC for money, you will get a yes or no answer. However, if you ask for a meeting to get some advice on your business, the pressure of a yes or no answer is off the table and you’ll likely get a lot more from the meeting. This also will increase the chances that you get a follow-up meeting three-to-six months down the road or a preemptive offer if this is an immediate fit.

Build a relationship with the investor: get to know him/her and assess if you’d want them on your board. Similarly, they will gain confidence in you throughout the process. Most of my investments have come 12-24 months after the first meeting with the entrepreneur.

When I first met PeopleDoc CEO Jonathan Benhamou in November 2012, they had just one product, relevant in France. Jon did not ask for money, just for advice, but we began to collaborate and I suggested him to broaden his solution. Less than a year later, he had launched a new and powerful product – I advised that he expand to the US, which he did. In April 2014, we closed an $18 million round of funding which was followed by a $28 million round last month.

#4 Backdoor: In the surfing world, there’s a famous wave called “Pipeline” in Oahu. For 14 years following the first time anyone surfed the wave, riders always went on its left side (the right side was considered too dangerous). In 1975, Shaun Thomson won the famous contest held at the break by doing the unthinkable: surfing the wave on the other side and renaming the wave “Backdoor.”

To win, you need to do things most entrepreneurs don’t do. VCs like to find hidden gems, so find an unconventional way in. Ask an entrepreneur from the VC portfolio to introduce you or find an industry expert connected to the VC to refer you. Or do something original – a 3D printing company once offered to print an iPhone case with the Accel logo on it. Not a game changer, but it caught my attention.

#5 WoW:  VCs see hundreds if not thousands of pitches every year. In order to be remembered, you need to start with a ‘wow’ moment. This video from Bill Gates at TED Talk is a great example:


The talk focused on curing malaria, and to start the talk, he releases mosquitos into the audience. Gates made his talk unforgettable and it went viral.

What is unique about your company, and how can you show it as such? Is it a product demo, a number/performance, a big technical problem you have cracked? Illustrate with a video or picture to make it snappy and unforgettable. When I first met Algolia, the pitch was simple: “we are Google instant search for any website, with 260B API calls”. That got my attention.

In short, approach your pitch as a way to establish a trusted relationship with the VC. If all goes well, this trust will grow and crystallize into an investment. But, trust (as seen in the equation below) takes time, so nurture it. 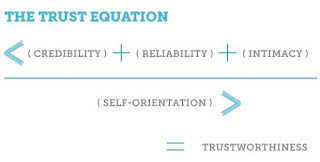 This post illustrates some of these points. More to come in Part 2!

Posted by Philippe Botteri at 6:40 AM No comments: