The Magic of Acqui-Hire in Europe: Learnings from Blablacar 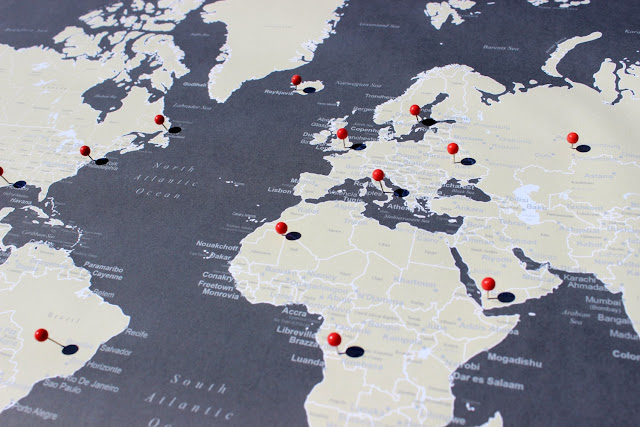 Most startups fail at getting a new country off the ground. This is why Unicorns are such a rare breed. Fortunately, a happy few have succeeded at finding this magic formula, like the team at Blablacar and turned it into a competitive weapon. One of their secret: acqui- hiring.


This is my second post on international expansion. If you wonder how to pick your next launch country first, see my earlier post here.


One of the most important decisions any company of any size will make is how it will successfully launch operations in a new country (the following applies to launching in new cities or states within an existing country). For early stage companies, the stakes are even higher, and finding a great country manager is the single most important element of a successful launch.


The most common solution is not necessarily the easiest, where companies hire a manager with expertise or a network in the chosen country, and enable him or her to hire a team of two or three people as support to get started. However, an experienced leader is extremely difficult to find and the risk of failure is high. Alternatively, companies will “spin-off” an existing core team member to lead the launch. While this is a good option, it can be difficult to implement because this person must meet important criteria like language fluency, geographic familiarity and more.


Fortunately, there is another, proven strategy, which I will expand on here – the acqui-hire.

The best example of launching and expanding in new countries via acqui-hire can be found in Paris-based BlaBlaCar, Europe's top ride-sharing company with 16 offices worldwide. As, I was about to lead Accel’s first investment in the company, I began building a list of all the start-ups operating in a similar or adjacent space. Among them was a small company of two people in Italy called PostoInAuto (at the time, BlaBlaCar had only launched in France and Spain). PostoInAuto’s founder, Olivier Bremer, was terribly talented, but his business was not at a point where he could raise a significant investment.


As our investment in Bablacar was ready to close, I again reached out to Olivier to gauge his interest in joining the BlaBlaCar team – strong leadership, significant funding and the opportunity to retain total freedom to build the service in Italy. He was intrigued, so I connected him to BlaBlaCar’s founders who convinced him to join the adventure shortly after. Within four months, Olivier re-launched his service under the BlaBlaCar brand in Italy, and today BlaBlaCar is the dominant service in the country. Olivier went on to lead the company’s launch in Germany given his dual German/Italian background, and currently leads the business in both countries.


"There were many reasons why I decided to join forces with BlaBlaCar: we shared the same long term goals; I could feel a very good fit with the founding team; my company was early stage and by joining BlaBlaCar” said Olivier Bremer, BlaBlaCar GM Germany and Italy. “I was empowered to continue doing what I had been doing, but with a much larger budget and support from a team that shared my same passion.“


Learning from the success of this initiative, I introduced the BlaBlaCar team to companies in Poland and Russia, which have also been very successful acqui-hires.

If successfully executed, combining resources from an acqui-hire will save years of work while broadening the technical and talent bench. But, this is a highly emotional process for the acqui-hired team. Therefore, it is very important to set the right rationale and motivation to ease the process.


“Like any successful partnership, the acqui-hiring and -hired companies must fully align in terms of strategic goals, operational processes and culture. Both sides must trust the other and commit to a shared vision,” said Piotr Jas, BlaBlaCar GM CEE. “Both companies need to actively learn from one another throughout the diligence process, and maintain an open and honest line of communication in the early days of the expansion.”


Like any relationship, the responsibility for success is shared. The acquiring company must find a team with the skills and passion to accelerate growth exponentially.


“Being acqui-hired can be seen as a ‘fundraising++’ because the local team receives money to expand faster (like any fundraising) and a robust and proven product and tech platform. It also receives access to ultra-relevant experience in their field, fast-growth methods, tailored customer support – provided by HQ in our case –, a strong international brand with related communication methods and positioning,” said Frederic Mazzella, BlaBlaCar co-founder. “Thus it is not only about the money.”


Since its acqui-hire of PostoInAuto, BlaBlaCar developed a team that scouts potential acqui-hire opportunities across the globe. While it’s not possible to find strong acquisitions opportunities in every country (the launches in India and Turkey have been organic), it remains a key element of its fast global rollout.


The interesting element of the acqui-hire strategy is that it does not require a lot of upfront cash to implement relative to the resulting growth (assuming proper diligence ahead of time).


“We acquired three companies in short amount of time and each time I re-used the same term sheet template. Most of the consideration for these deals was equity and options, so cash is not a requirement. To be successful, you need to have the right skills and having someone in the core team with M&A or venture background helps a lot,” said Nicolas Brusson, BlaBlaCar co-founder.


Today, more than 50% of BlaBlaCar new members are coming from acqui-hires – an impressive ratio proving the effectiveness of the approach.


While this is one example of many across our portfolio and beyond, the acqui-hire strategy remains consistent and taps into a set of best practices, regardless of country: find great talent, maintain great culture and clearly communicate strong values across each local teams.
Posted by Philippe Botteri at 10:14 AM