When And How To Pick Your Next Launch Country 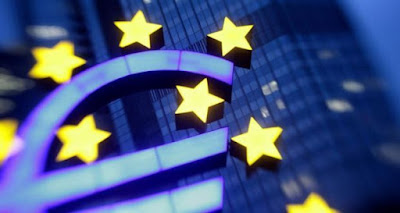 International expansion is a challenge any globally ambitious company will face — some sooner than others.

As a long-time investor in both the U.S. and Europe, I often get asked by the venture community about the difference between the two. In my opinion, one of the key elements is the market fragmentation, which is something that European companies tend to come up against sooner than their U.S. counterparts. I like the way Frederic Mazzella, the founder and CEO of Blablacar, describes it: “When I'm asked if it's easier to launch a business in the EU or in the US, I say that it's like comparing a 110 meters hurdle to a 100 meter run... In the EU we have to adapt to 28 different countries, regulations, cultures and markets, which slows down the growth”.

While both the U.S. and Europe are consumer markets of more than 300 million people, grasping this potential in Europe is more challenging — and few companies have managed to do it successfully, given the region’s many diverse, distinct markets. As a result, I’m going to talk about international expansion using European examples and context for this piece — hopefully with takeaways that are universally relevant.

Can you go big without going home? Sure you can — if you give enough thought to the dynamics of expansion, starting with when and where to go next.

Is There Such A Thing As The “Right Time” To Launch In A New Country?

The first question the founding team of a consumer service needs to address concerns the timing of the launch in a new country. At McKinsey, and in most books on strategy, you will read that you can only replicate something successful, so you need to wait until your home country is cranking before starting abroad.

This is sound judgment. Unfortunately, it does not play out very well in the startup world. Why? Because by the time you have proven your model is a success in your home country, you already have other startups doing the same model in other key European markets, and competition gets fierce. As Nicolas Brusson, the co-founder of Blablacar puts it: “By the time most European companies go international it is too late…We decided to go early into different European countries — adding a local team each time — before proving the business model, something very few players do.”

On the other hand, if you do a full roll-out with something that is not working or tuned enough, you will waste a lot of resources, which can sink the company.

So when is the right time? Every company will have a different answer. In my view, given the current competitive environment, the sooner the better. However, it is critical to do it gradually and in a controlled manner.

Here’s how I advise startups to approach expansion:

Nail your MVP (Minimum Viable Product) first. You need to have a service with a clear value proposition that works in different markets. You don’t need bells and whistles, just something simple but effective.

Field test your product with a meaningful amount of customers — typically a few thousands or tens of thousands. This should give you a good idea of what to expect.

Complete your initial marketing playbook. You need to have identified acquisition channels (SEM, Facebook, offline…) at a reasonable cost with payback typically in less than nine months. Make sure your approach is scalable.


Taking a thoughtful and considered approach to scaling internationally is key.

How To Pick Your Next Country?

Once you’re clear on the ideal time to launch in your next country, the question becomes “where to go next?”

While every business and situation are different, the following three elements should always be considered when choosing your next market:

Market Potential: The “market potential” is a mix of different elements that must be weighted specifically for each business. It includes the market size, of course, but also the competitive dynamics, your network in the country (or your investor network) and the similarity with your home country. For example, in my experience, what works in France tends to also work well in Italy and Spain, but the U.K. can be an outlier.

Cash Requirements: Be clever with your resources. It is very important to assess your cost of capital and how much burn you can afford. If you raised €20 million in your Series A, you can take more risks and launch abroad sooner than if you raised €3-4 million. Picking a large market is attractive, but if it requires a level of investment that would reduce your runway considerably, you may be better off picking a smaller market. I have seen too many companies go big, burn big and then have to retrench, which is not a good position to be in.

Human Capital: Money is not everything; it is reasonably easy to get. The real challenge of international expansion lies in finding the right team, both at HQ to support the local launch and locally to scale the activity.

I typically encourage companies to start their expansion with one country and digest it to the point where it is scaling before launching a new one. It does not mean you need to wait a couple of years — a few months may be enough.


Most technology markets are winner-takes-all.

You can then accelerate the number of launches over time if you are successful. It’s key to remember that most technology markets are winner-takes-all — or at least takes most. It is, therefore, much better to be the leader in three countries than No. 5 in 10 countries.

Also, the more countries you support, the higher your cash burn and the fewer resources you can allocate to win in a given market — this is something that needs constant evaluation.

In summary, taking a thoughtful and considered approach to scaling internationally is key — and the sooner the better. First-mover advantage can offer a decisive advantage over competitors — and accelerate a company’s ability to become the global category leader early on.

While there may not necessarily be a perfect time for launching in a new market, preparing your business for expansion early on will support your continued success in a world where scaling internationally fast has become a requirement for any founder with global ambition.

Posted by Philippe Botteri at 2:20 AM