CAC 2.0: How SaaS businesses can refine their customer acquisition costs

Happy new year 2014! It has been a while since my last blog post but with the new year comes new resolutions and a new design layout for Cracking-the-code. I hope you will enjoy the read

Simple CAC ratio
As many companies are finalizing their 2014 financial plan (feel free to use the Accel template), I thought it could be a good time to write a short post on the CAC ratio - a simple metric that I defined in a blog post in 2008 (time flies!) to measure the sales ramp; marketing productivity of Cloud businesses. This metric measures the ratio of the annualized additional recurring revenue generated by your sales and marketing investments. The simple formula is based on traditional GAAP financials, available for public companies. The target for this ratio should be close to 1 (1 year payback) but for companies with low churn (5 year+ lifetime) and growing fast, anything above 0.5 (2 year payback) warrants further investments.

CAC ratio based on CMRR
While very easy to calculate and benchmark, this formula can be refined at different levels. Firstly, this formula assumes that the revenue recognition time starts one quarter after the actual sale (time to implement the solution and go live) - hence the allocation of Q3 and not Q4 S&M costs in the formula. This is a rough approximation. Secondly, the total revenue also includes, most of the time, non recurring revenue like implementation services or training which are independent of the sales productivity. To have a first level of refinement, it is best to include only the net new contracted recurring revenue in the given quarter or CMRR (see blog post on SaaS metrics). The resulting CAC ratio becomes:

CAC and Renewal ratio separating New Sales and Renewals
The ratio can now compare accurately the new recurring business generated in Q4 2013 with the relevant sales and marketing costs incurred. This is the most standard CAC ratio for early stage SaaS businesses. However, as companies mature, the sales organization usually is broken down between the Hunters (new sales) and the Farmers (account management for renewals and upsells). Each team can be measured separately. While the CAC ratio will measure the effectiveness of the Hunting team, the Renewal ratio will measure the effectiveness of the renewal and upsells team. The challenge is to allocate the marketing spent towards one team vs. the other. I usually assumes that everything regarding lead generation goes to the hunters, while general marketing and branding is split 2/3 for Hunters and 1/3 for Farmers (one short cut is to assign 100% of marketing costs to the Hunters). The two metrics become:

For the CAC ratio, the benchmark needs now to be closer to 1 (or more!) as the noise of the renewals and churn is now eliminated. For the renewal ratio, the benchmark that I use typically is around 5, meaning that it costs 20 cents to renew 1 dollar of recurring GM equivalent to a steady state (flat revenue) where the S&M costs represents around 20% of the recurring gross margin

CAC ratio taking into account sales force quota ramp-up
Finally, for fast growing companies that are hiring many new sales people every quarter, the CAC ratio can be further refined to take into account the sales ramp-up. Let's take an example: if you have 10 sales people active in a quarter with only 6 fully ramped up (100% quota) and 4 of them just starting with a quota of 25% of the full quota, your are only getting an effective team of 7 people (6x100% + 4x25%) = 7 but you will be paying for 10 people. To take into account this ramp-up effect, you can adjust your S&M costs in the formula accordingly and multiply them by 7/10 = 0.7 or 70%. In this case, your effective S&M costs = S&M costs x 70%. The adjusted CAC ratio becomes:

When using the ramp-up formula, the benchmark should now be 1.0 (1 year payback) given that all the noise has been removed. The same ramp-up factor could be calculated to refine the renewal ratio


So which number to pick? I think it depends on the stage of the company. The simple ratio based on GAAP revenue should be used primarily for benchmarking public companies as it is fairly inaccurate. For most early stage companies (up to $10m annual revenue), the CAC ratio based on CMRR should be the most important one, with the option of refining it with the quota ramp-up. Above $10-15m in annual revenues, it probably make sense to separate new sales from renewal, as both teams have different leaders which would benefit from being measured with different metrics

Finally, to close this post, here is something to make you feel better about your new year resolutions...or the lack of! 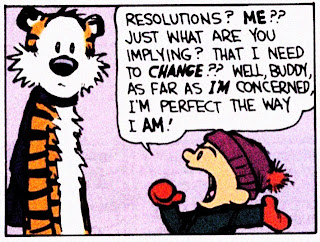 Posted by Philippe Botteri at 8:23 AM

Any thoughts on how to take this a step further and add in expected CLV for the added sales or of the existing customer base through either simple analysis or more technical statistical models such as those proposed by Fader and Hardie? If the added sales cohorts are highly prone to churn (which might be the case with aggressive "hunters" who try and get new sales by giving less restrictive contract terms or through a trial offer pitch), then the ratio doesn't mean much and could be misleading, no? : Presentation & Paper from Fader and Hardie: https://www.dropbox.com/s/uiq22h6i3zjffb8/Fader_Hardie_CLV%20Presentation.pdf & https://www.dropbox.com/s/5iyirrq7stkrty5/fader_hardie_contractual_mksc_10.pdf